We woke up this morning after a Rainy Saturday, and determined that due to sunshine, it was going to be an Adventure Sunday.  Ensues heated debate re destination options.  Kid 2 wanted "frogs and newts and turtles."  Ok, easy. There's a little place we know that's hiking distance from  Borges Ranch that contains about as many frogs and turtles as one could wish.  This time of year, newts are likely, too.  Throw in the probable snakes (we've met many snakes at Borges, from baby rattlesnakes  to huge gopher snakes), coyotes, and the pigs/cows/goats/chickens/sheep with which the place is riddled, and great hiking in several directions, we'd have a slam dunk biology day. 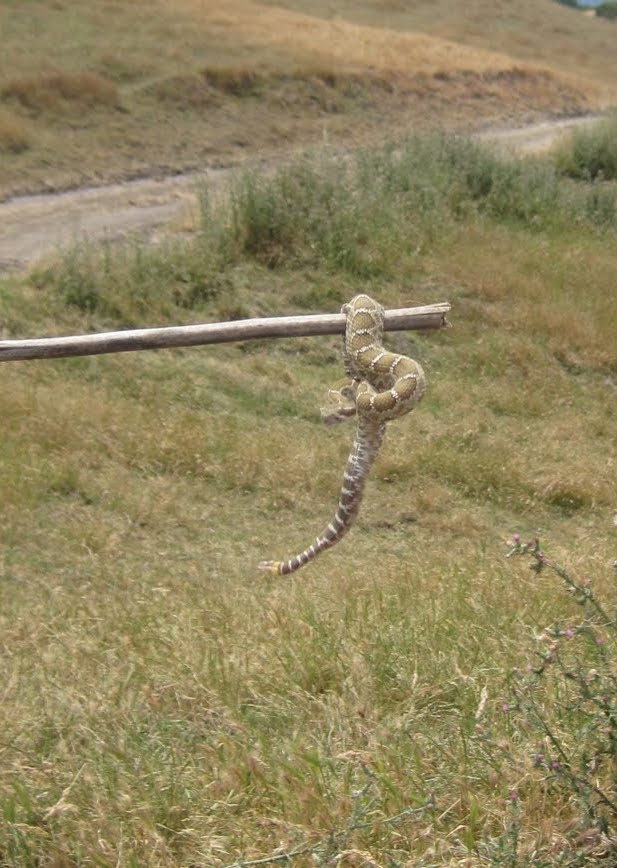 The Physicist apparently had other ideas.  I loaded my kids in the car expecting frogs and newts and turtles, and somehow we ended up on the opposite side of the same mountain.  The Physicist, you see, has been attempting to inculcate my children with the physical sciences just about as long as I've been training them up as biologists.  He's sneaky, and sometimes he wins.

Do you know how many rocks we found?  A lot.  A lot of rocks.  Rocks, my friends, are brilliant things, if you need something to stand on.  They are also good for the growing of moss, and occasionally sporting a nice bonzai tree.  If the Physicist thinks that bringing my kids to a place where there is nothing to do but stand on rocks, and watch the moss and bonzai grow, is going to interest them in the physical sciences, he is just going to have to try a little bit harder. 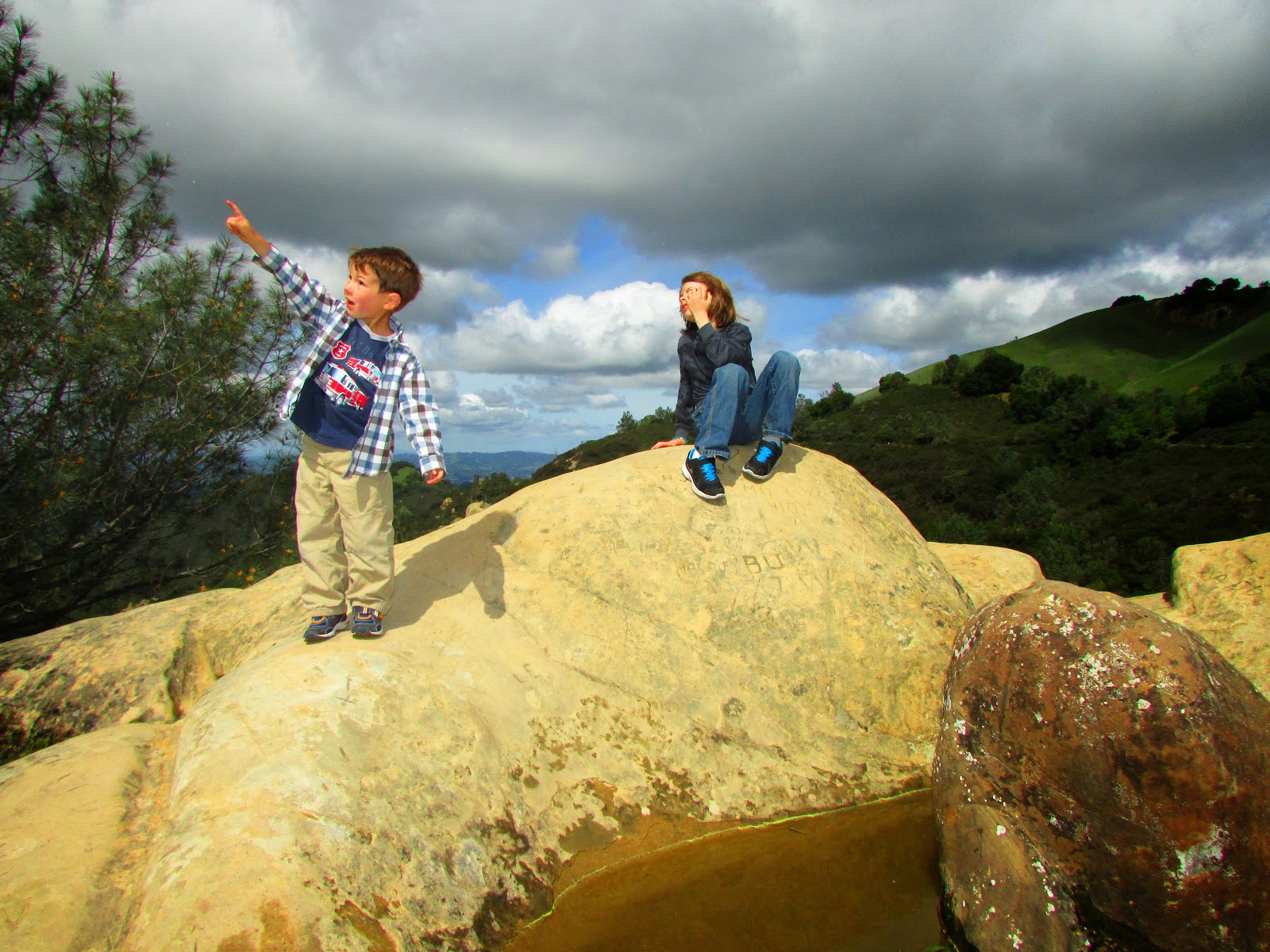 (there were no frogs in that pool.  I checked.  Twice. Kid one is propping his head up to keep from falling asleep.  Kid 2 found a bird.) 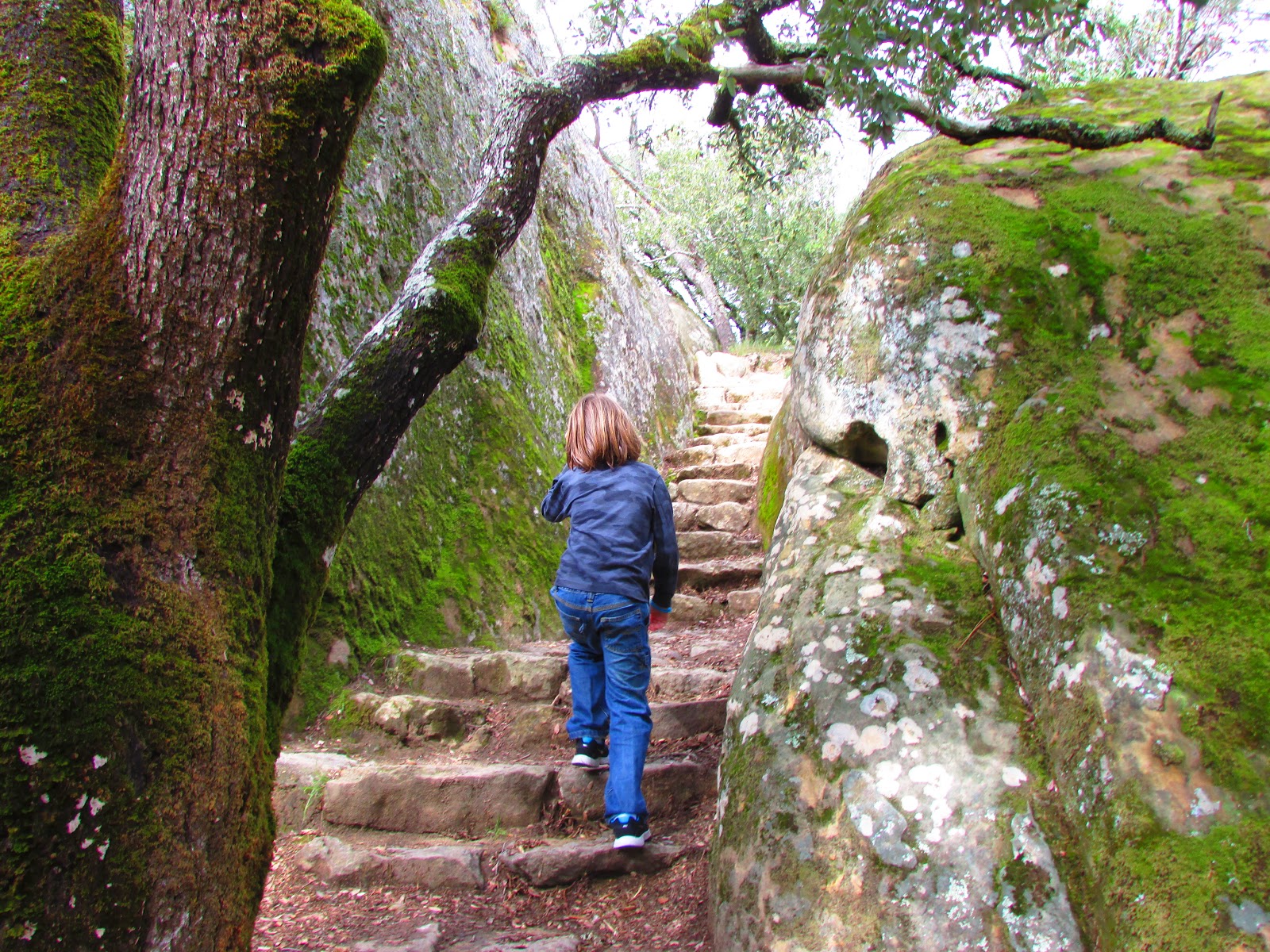 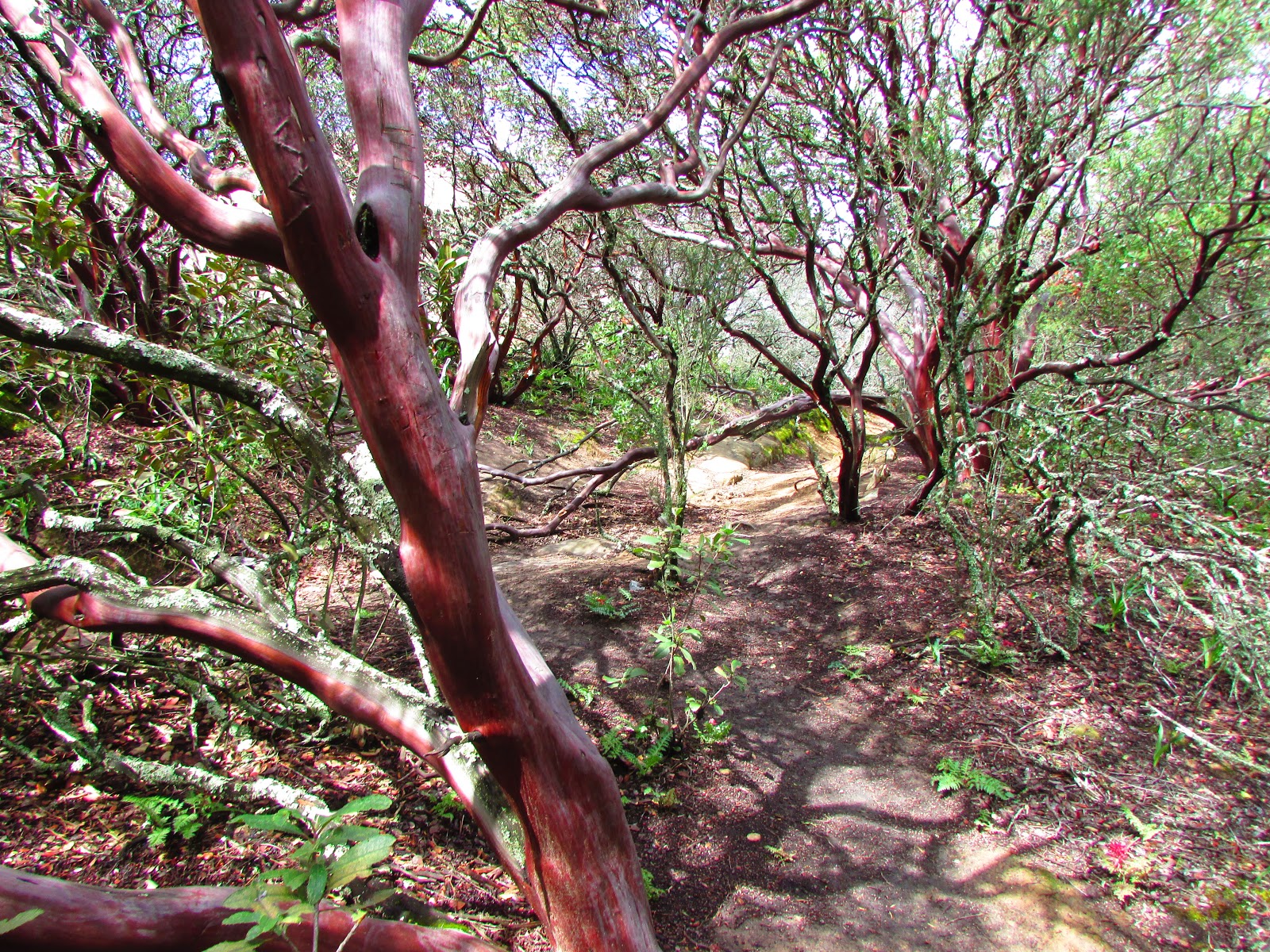 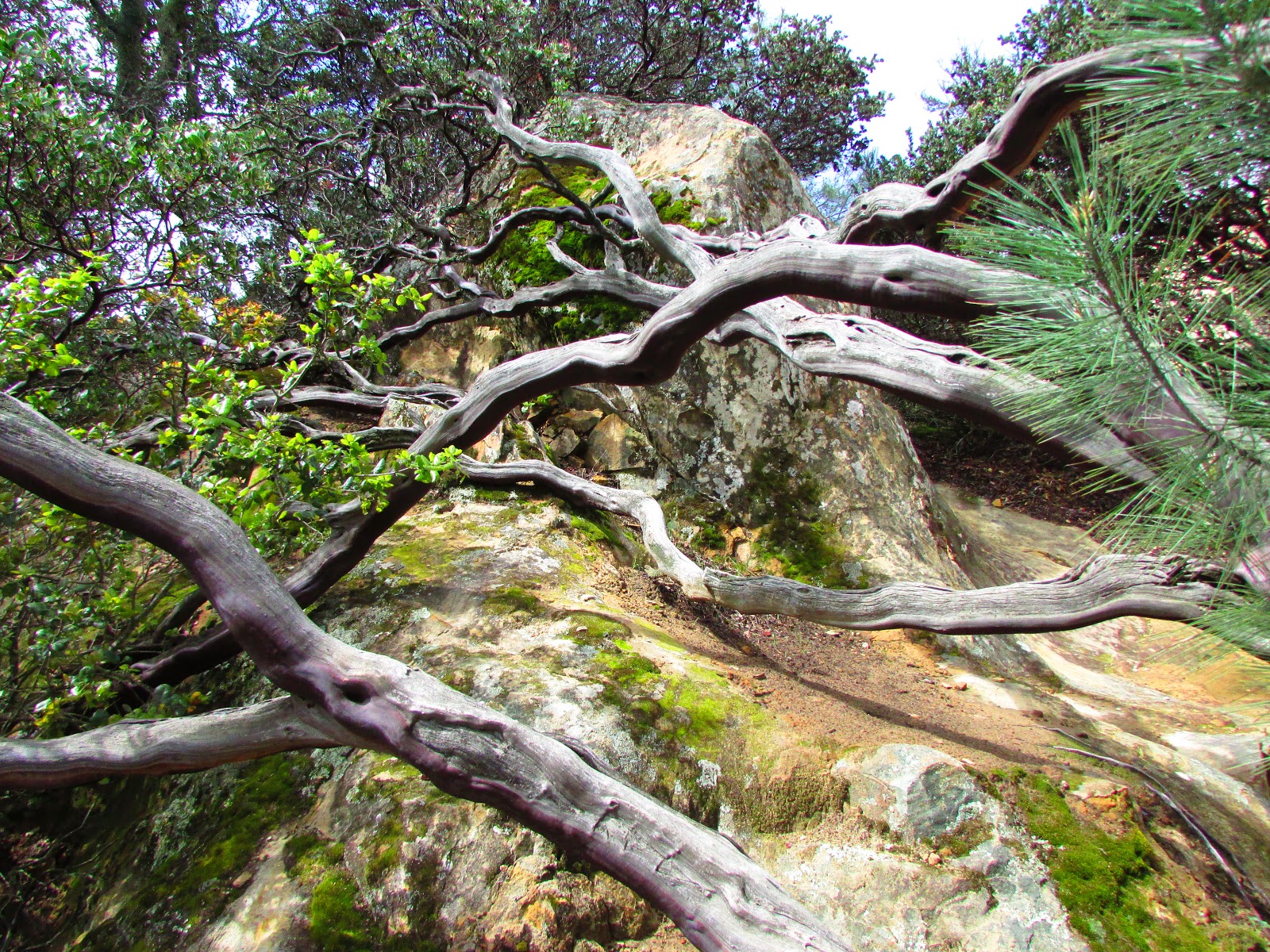 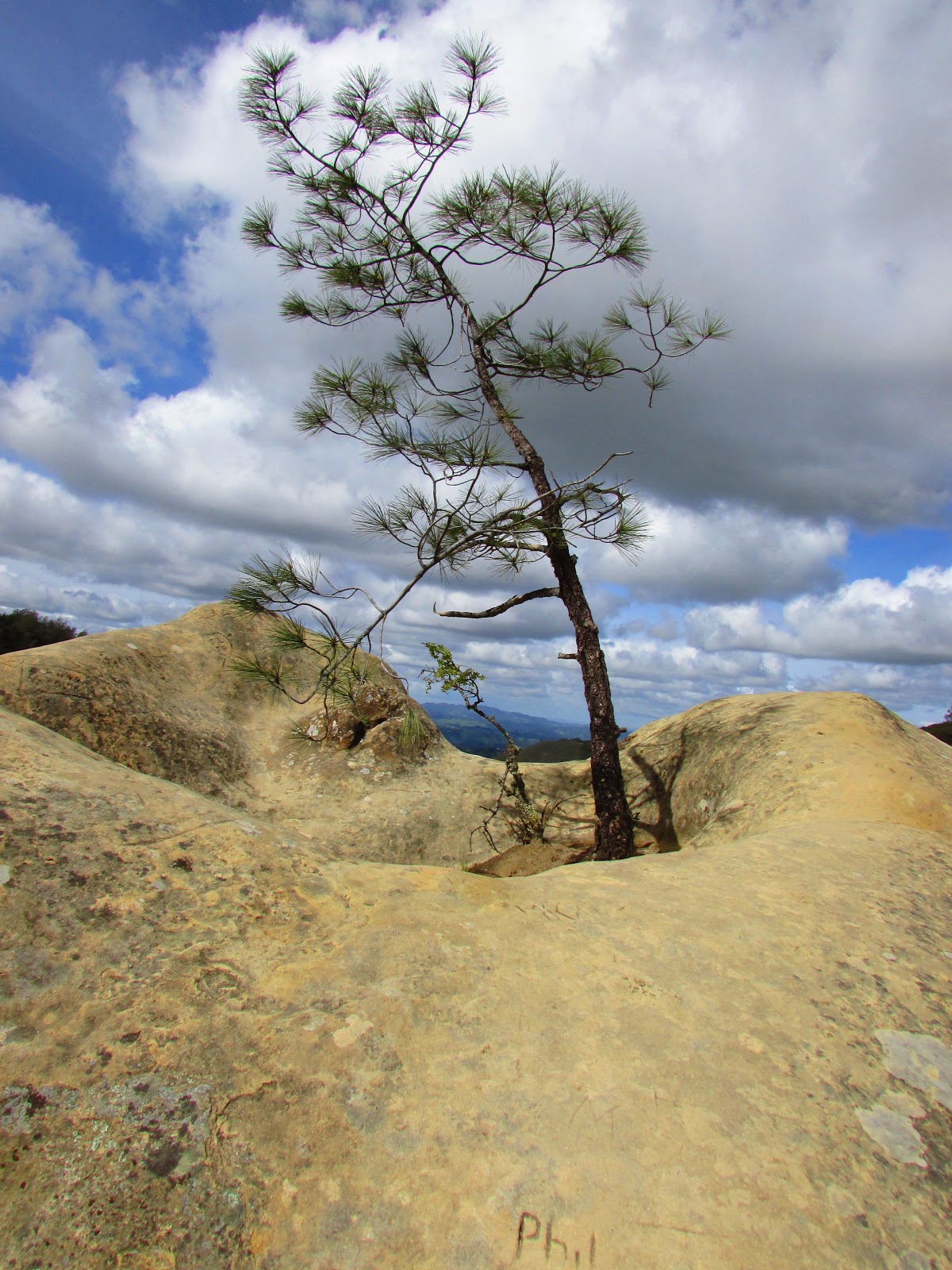 Rock City does have one, slightly bearable feature.  Wind caves.   This part of the mountain is quite soft sandstone, and west-facing, so it takes the brunt of any storms that arrive over the Pacific.  Add in a few millenia, and you get some mild pitting, some weathering, on the western sides of the rocks.  Smallish pits.  Just the right size, really, for trolls.  If you happen to have trolls handy, on your hike.  It turns out, we had some handy trolls. 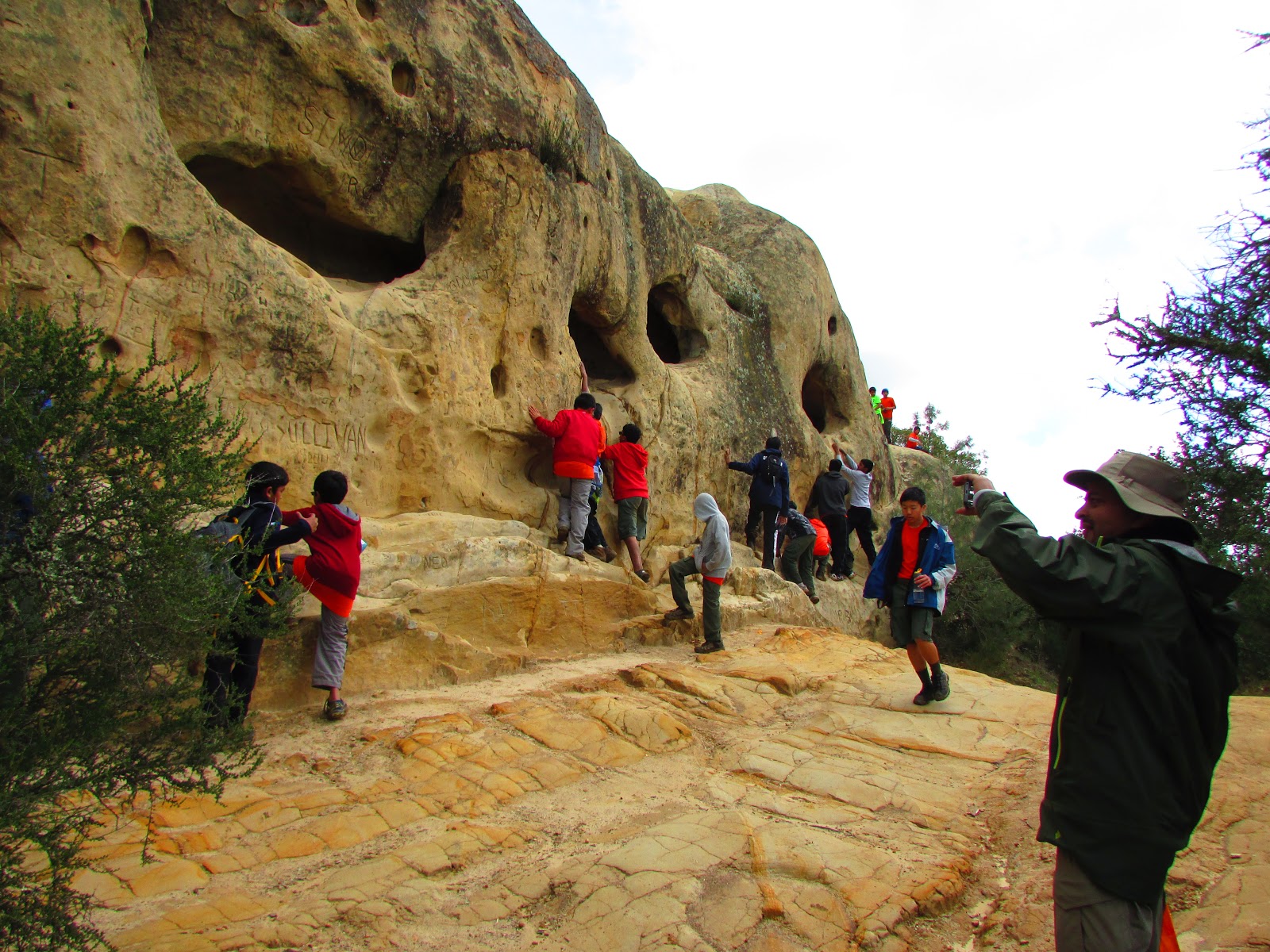 Seriously, though, this place is like a giant 100 acre playground. And gorgeous beyond belief.  It combines half-a-dozen different ecotones into one short, easy hike.  There's mossy-fern-filled rainforest nooks, high alpine rock scrub, oak forests, some phenomenal madrone woodlands, and the most gorgeous clear green views of the East Bay I've ever seen before (said clarity and verdure due, of course, to the rocks and having nothing to do with yesterday's rainstorm).  And it's 30 minutes from my house.  Somebody has been holding out.

Also, this rock is crazy-talk: 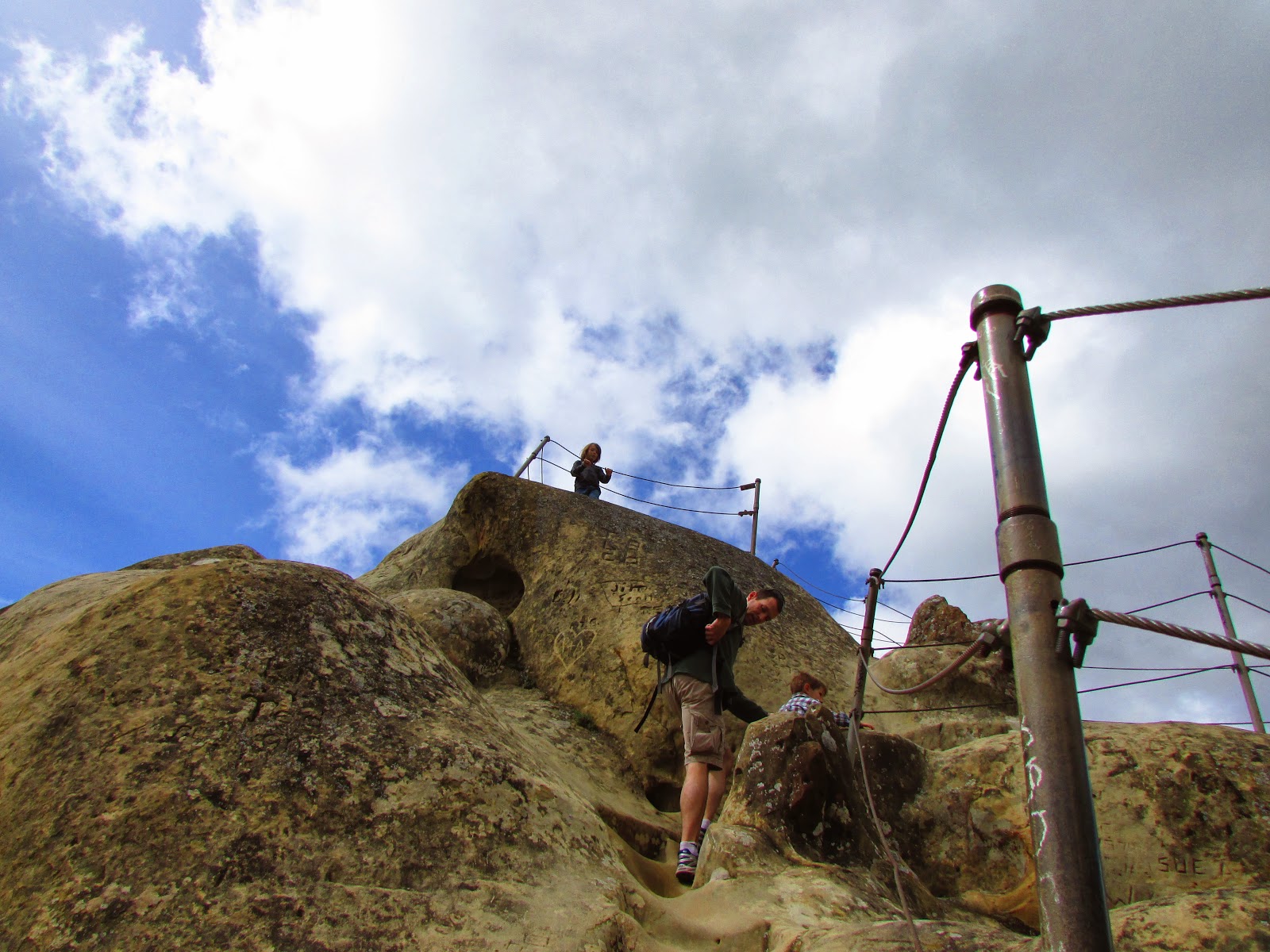 Those rails (which do not meet modern child-safe standards) are there to get you up to the top of Sentinal Rock, which (obviously) is the highest and has the best views.  Two inches past the rails and steel cable is a slippery, sheer sandstone slide down several hundred feet.  Note the Physicist has a hand on Kid 2.  That was wise.  We climbed it with one other family.  There was a dad, and a Rosie (about 7) and a Miles (about 4).  Miles was an independent kind of guy.  He was all for charging at top speed ahead of his dad.  He was anti-restraint.  Also anti-handrail holding. The dad held on to Rosie, and I held on the collar of Miles, after listening for several minutes to the dad's ineffective attempts to get the kid to slow down, stop, or come back.  The dad couldn't let go of  Rosie to chase down Miles. Rosie was screaming about attending Mile's funeral.  Miles was Not Stopping and Not Letting his dad catch up.  So I let him get by me and then grabbed on. Sentinal Rock is no place to worry about parenting etiquette and staying out of other people's business. Luckily, the dad agreed (I did actually check with the dad before collaring the kid.  He was much happier to go with me than go back to his dad.  He just wanted to be first). We all made it to the top, where we did a quick camera exchange, took each other's pictures, and started back down.  The top was not exactly flat and definitely not somewhere any of us wanted to keep our kids very long.

Miles wanted to Stay at the Top.  Miles did Not Want to Go Down.  He let us all know, very very loudly.  All while squirming out of his dad's grip, evading him, slipping from rock to rock right up against the edge of the rails.  If there is anywhere you do not want your 4 year old throwing a full-body, parent-evading tantrum, it is at the top of that particular rock.  Physicist and my rock trolls headed down, while I waited a few feet below the summit, just in case Miles fell my way.  It was bad.  It was, in fact, really scary.  And the dad spent 5 minutes trying to catch or cajole Miles, and then he stopped, and did something else.  He pointed out a knob on the rock.  And he asked Miles how it got there.  And then he started talking about geology, and the path rain water would take, and erosion of soft stone, and Miles stopped yelling and walked right over to his dad to look, and the dad just kept talking about geology and weathering as he edged slowly back down the rock, and 10 minutes later they were safely at the bottom.  It was some miraculous science-parenting, I tell you what.

We chatted with the dad over lunch, and he explained (very embarrassed) that what we saw was not typical Miles, (which I believe, b/c what parent in their right mind would take a tantrumy kid up that rock?), and he mentioned that they were headed home because they needed to go relieve his wife of their other kids so she could run errands.  Other kids, it turns out, being triplets in diapers.  May the gods be kind to that family, is what I say.  Good heavens.