It's one of those turtle-y months.

Ten days ago, I was wandering around with some friends, and happened upon this little guy: 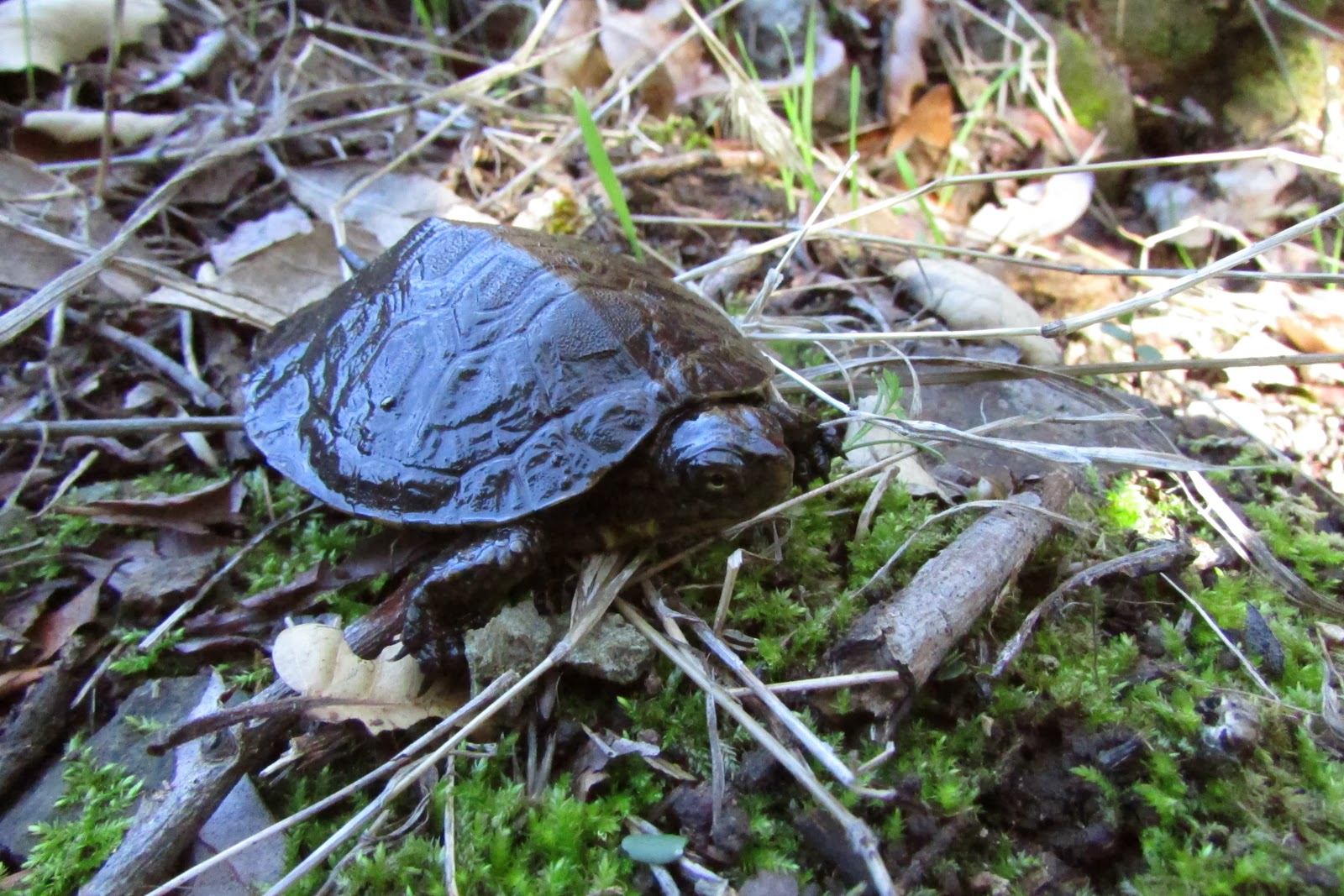 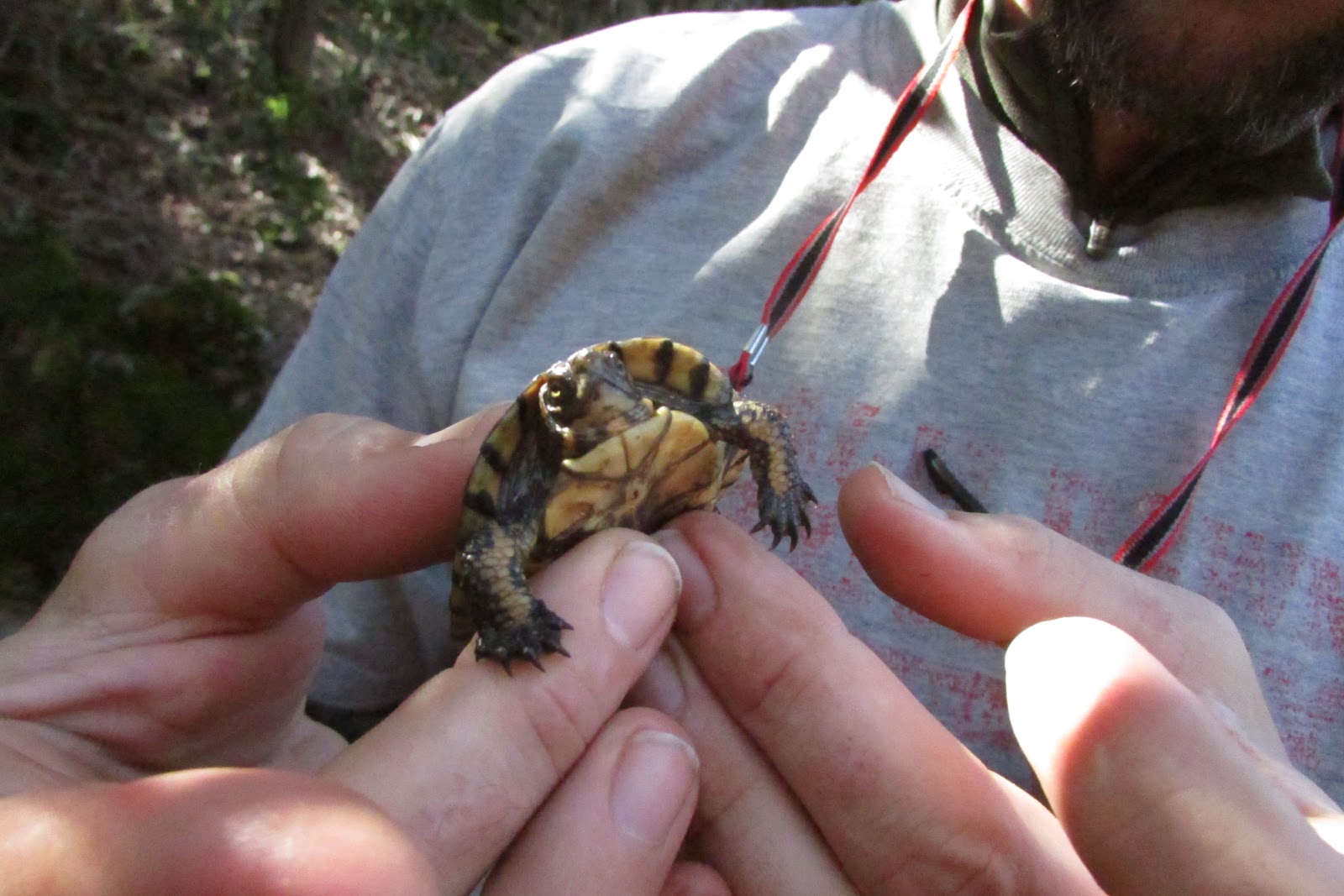 I mean, he's ridiculous, right?  Insanely cute. That's my buddy J holding him.  J has normal, largish, man sized hands.  The turtle's head is about the size of J's fingernail.

It's a western pond turtle, by the way.  California Species of Special Concern - might soonish become listed as a California Threatened Species, which is one below Endangered.  They're being crowded out by people releasing pet turtles (usually red-eared sliders), and eaten by invasive bull frogs.  Bull frogs eat anything, even baby turtles.

Today, I was wandering around with some friends (we're biologists.  It's a good time to wander outside right now), and .... well.

First I found a drying up puddle in a drainage.  It was about 2 inches deep and 5 feet across. 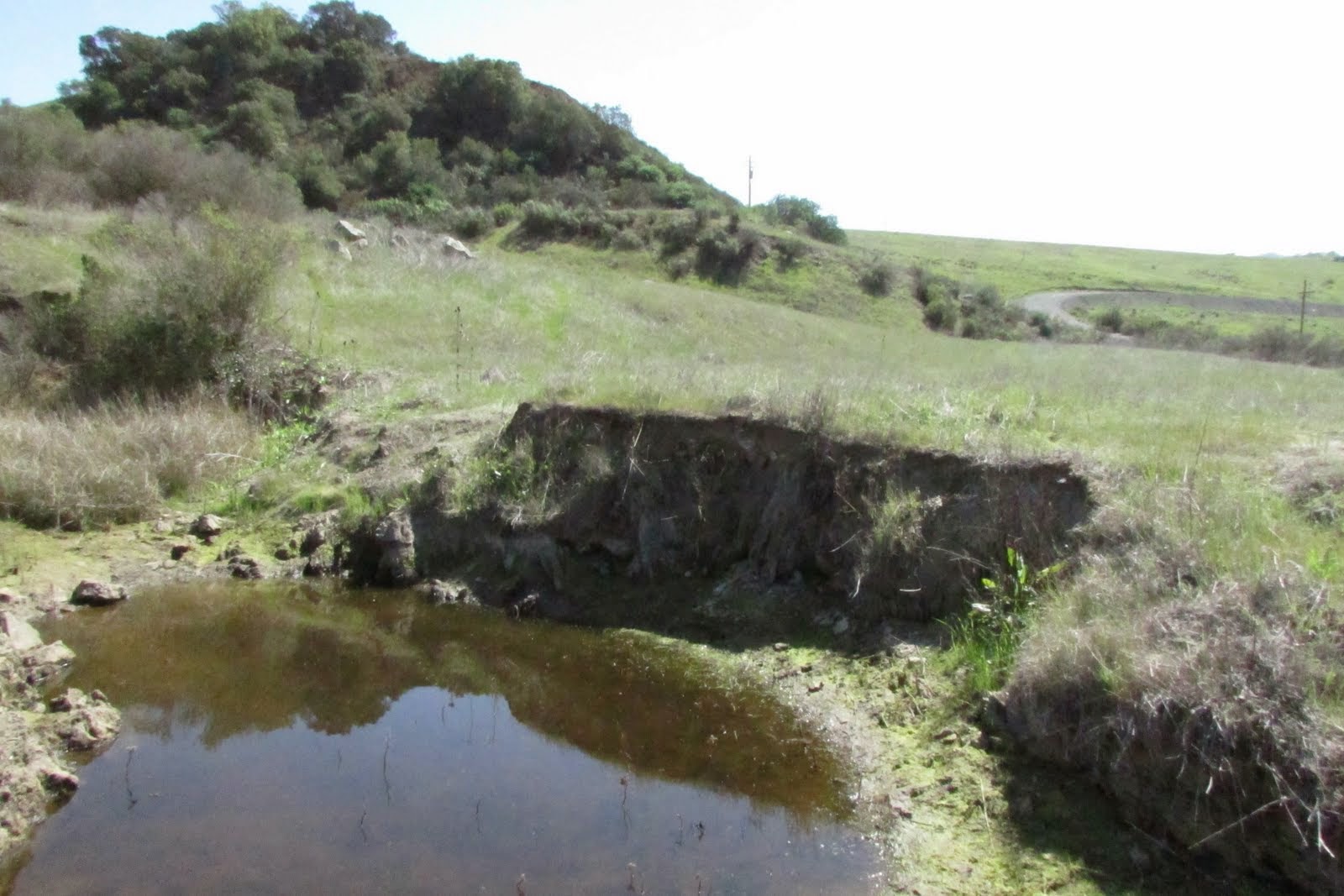 And then I found a small invasive bull frog - they get MUCH bigger than this. 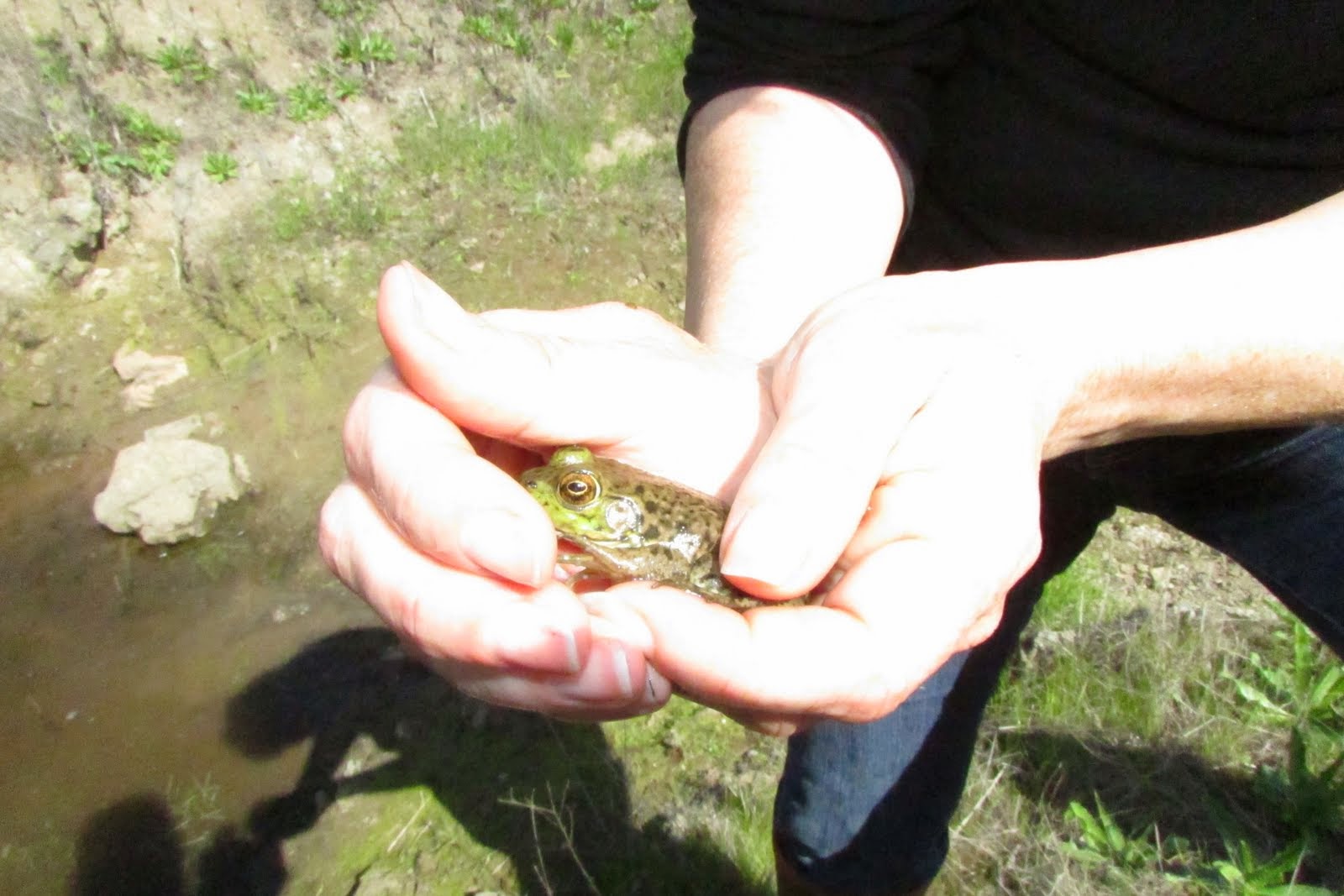 And then I found evidence of invasive crayfish - possibly the second most vicious invasive freshwater predator in California. 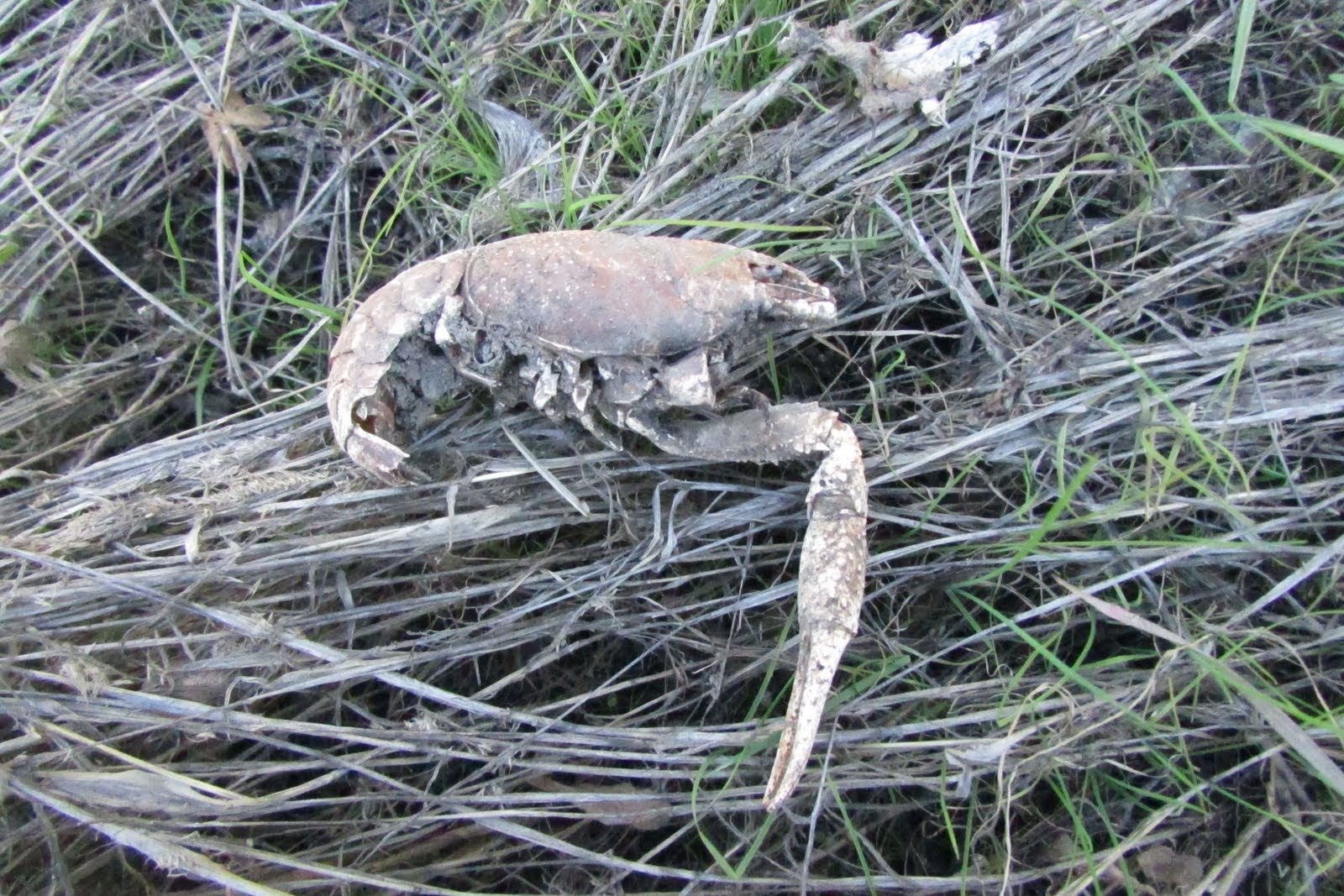 And then I found this: 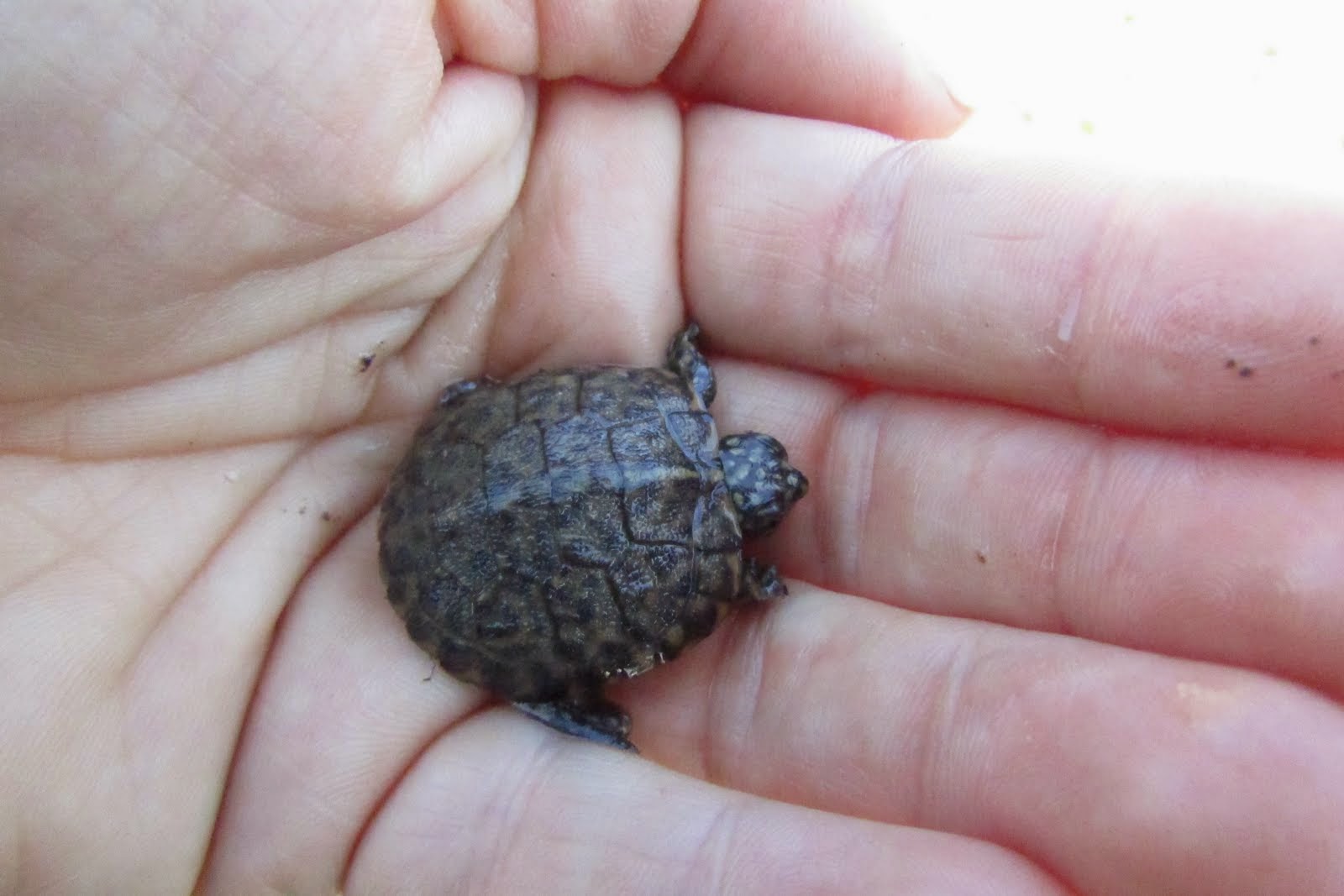 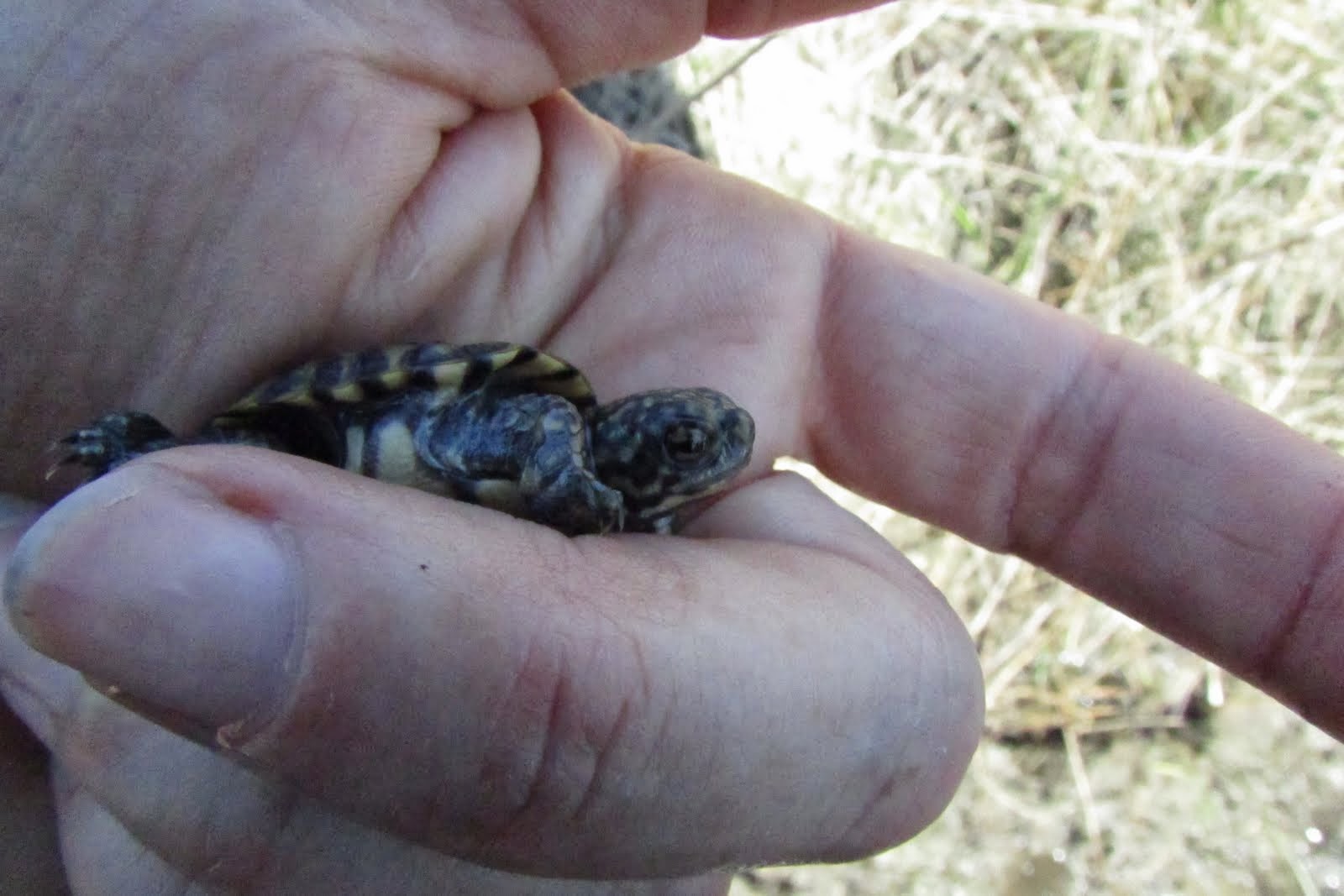 That is not a J sized fingernail.  That is a Rebecca-sized fingernail.  My hands stopped growing when I was 10 years old.  My hands are tiny girl hands.  It's hard to find rings small enough for me.  That turtle's head is half the size of my fingernail.  It is unbelievably, redonkulously, the cutest turtle I have ever met in my entire life.  Bar none, ever. 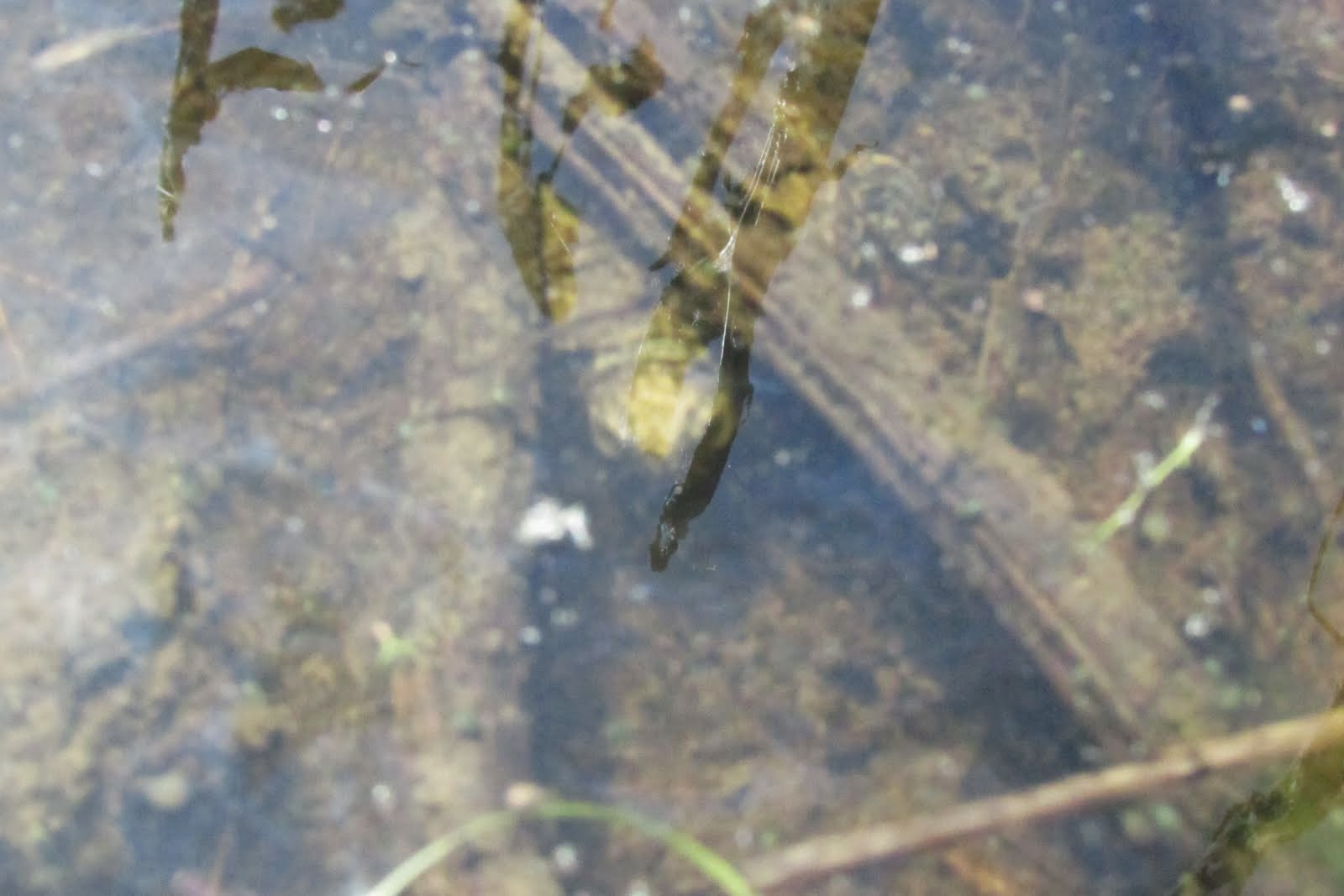 Did you know that hatchling turtles have belly buttons?  They DO. 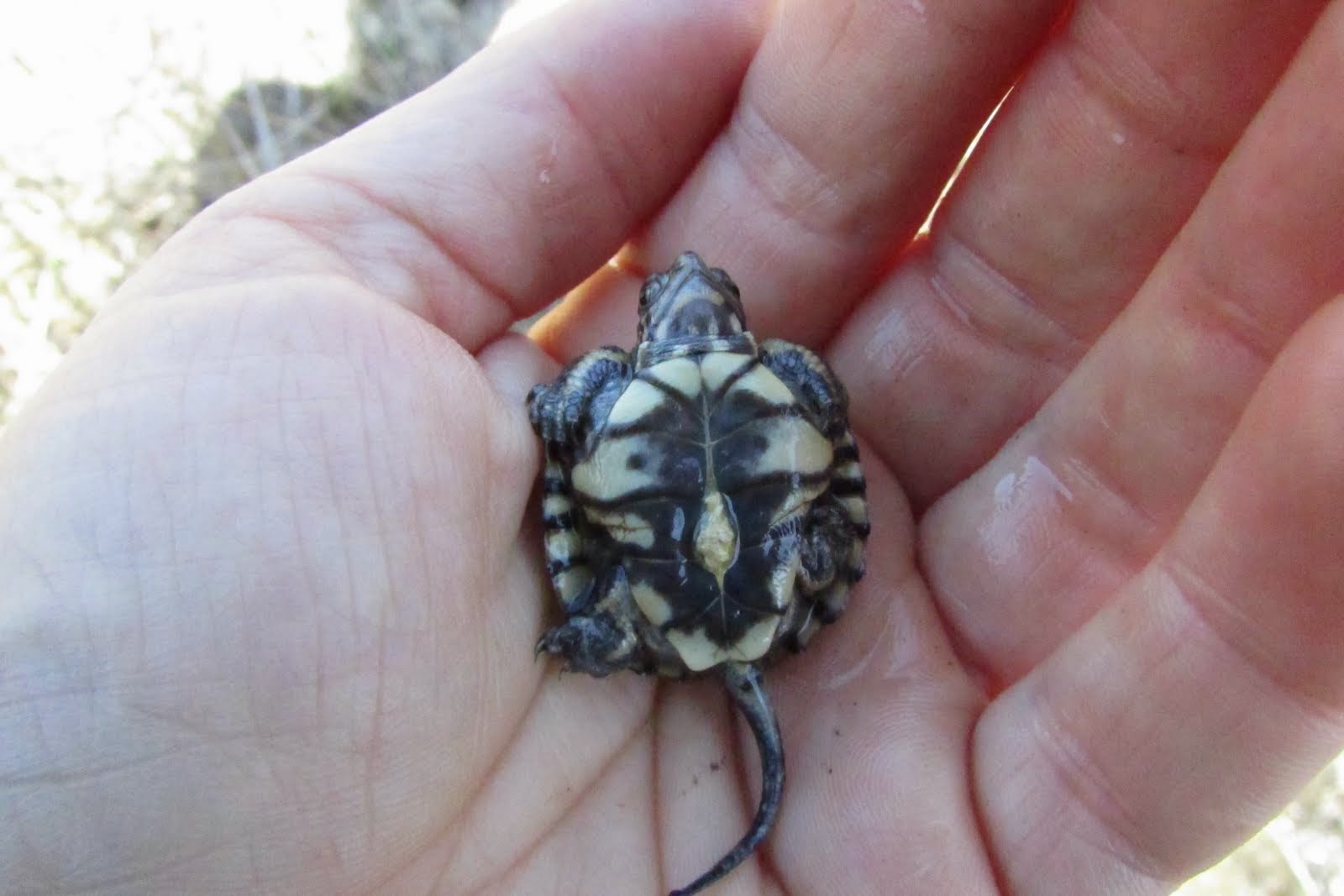 And then I found their brother: 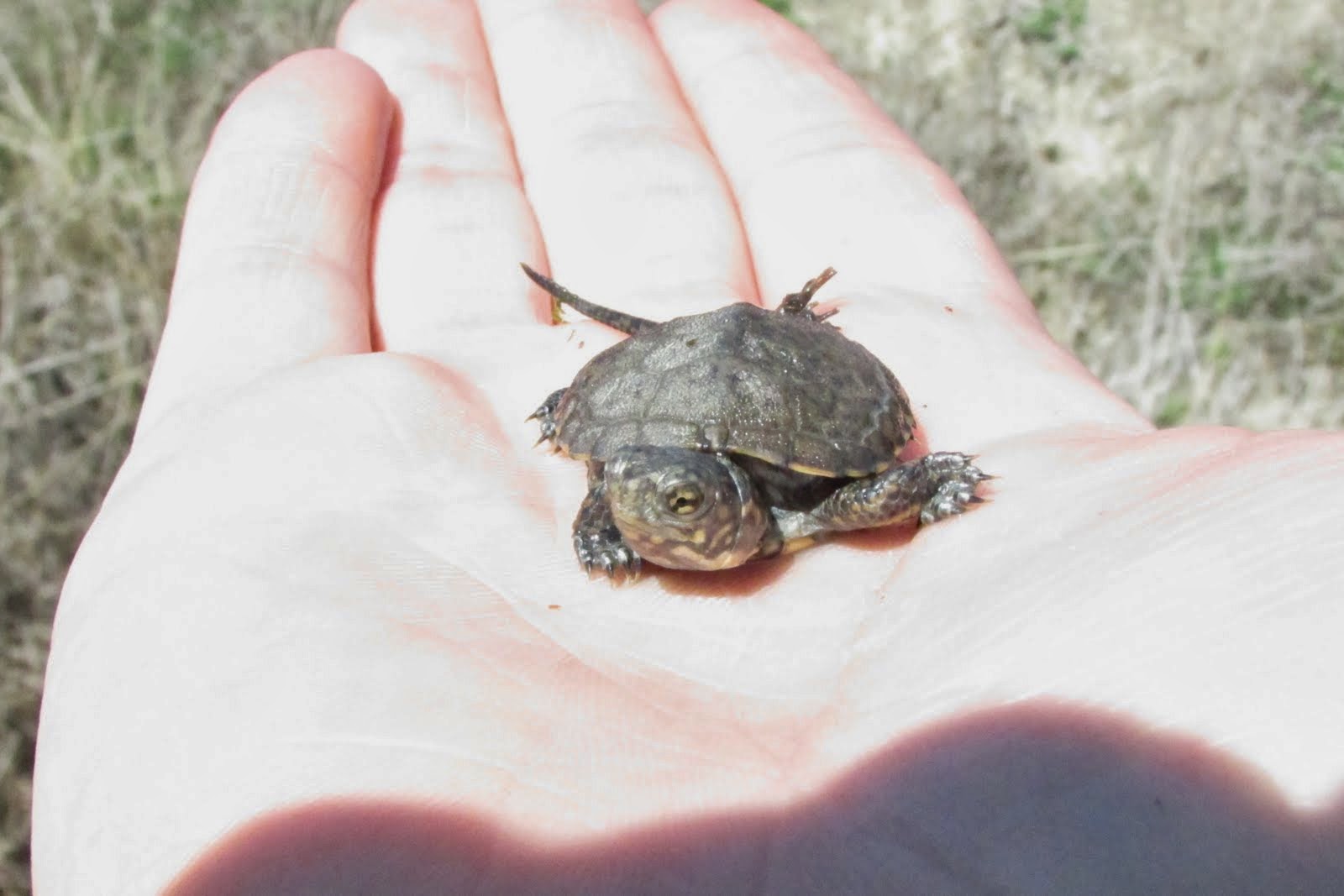 At which point I called up the land owner and said "Hey, I just found three hatchling western pond turtles in a drying up puddle on your land, and there's bullfrogs and crayfish in their puddle.  What do you want me to do?"

And they said "So they're bullfrog food? And the pond will be dry by tomorrow? I'll call you back."
And they called back and said "I have been informed that I can not give you direction here. But I know what I would do if I were there.  We can all hope that they will find a way to the bigger pond over the levee. Perhaps they like to hitchhike."

And I said "perhaps they do. I hope they find a way. By the way, now there are five. "

It's possible - in theory - that they might have done some hitchiking.  To a nice clear slow moving creek with good hiding places.  Not sure how they would have done that, though.  Nature is supposed to take its course without interference from biologists.  Maybe western pond turtles in drying up puddles down steep banks they can't possibly climb up, sharing a tiny pool with two voracious invasive species, just weren't meant to survive. 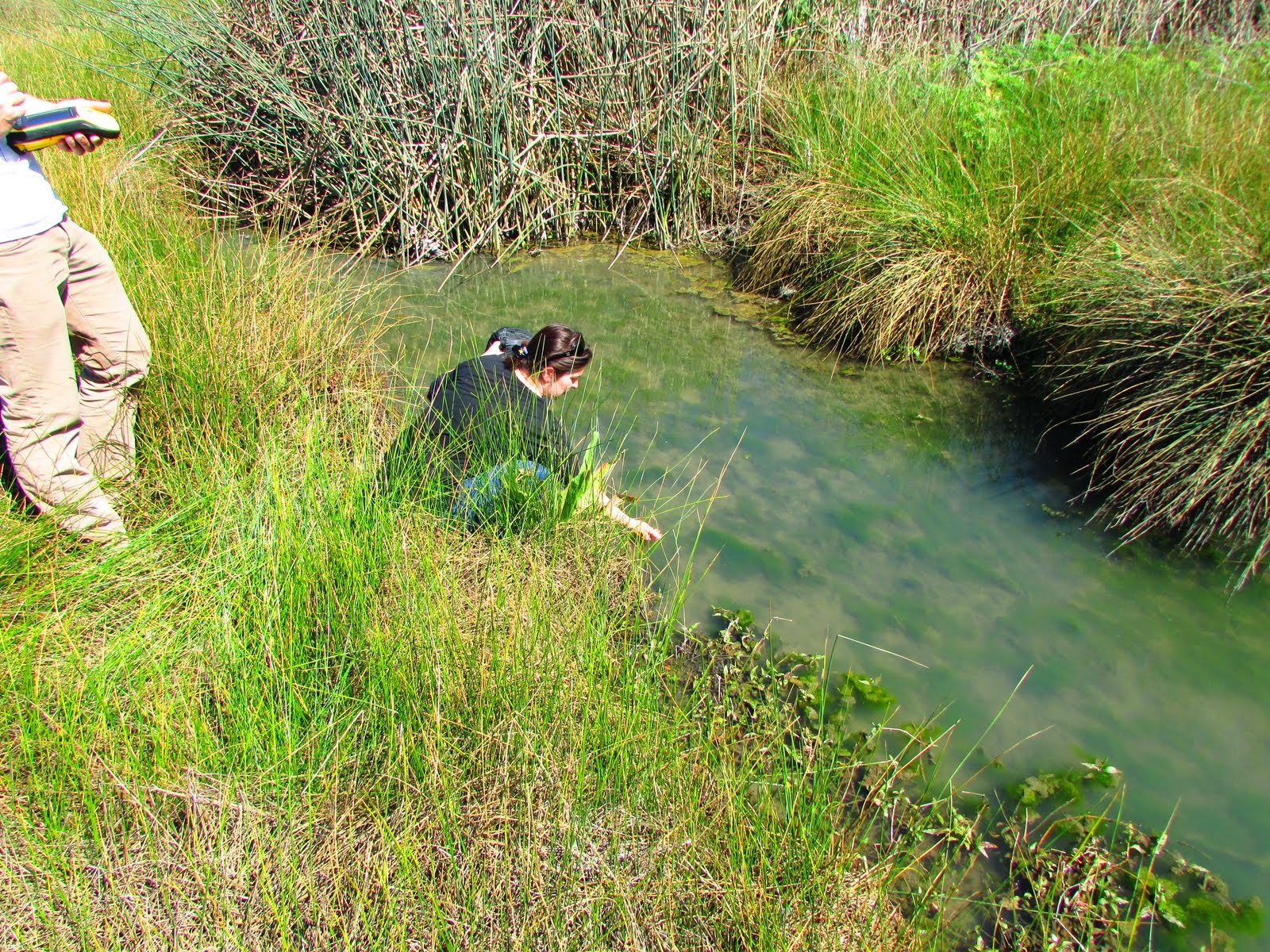 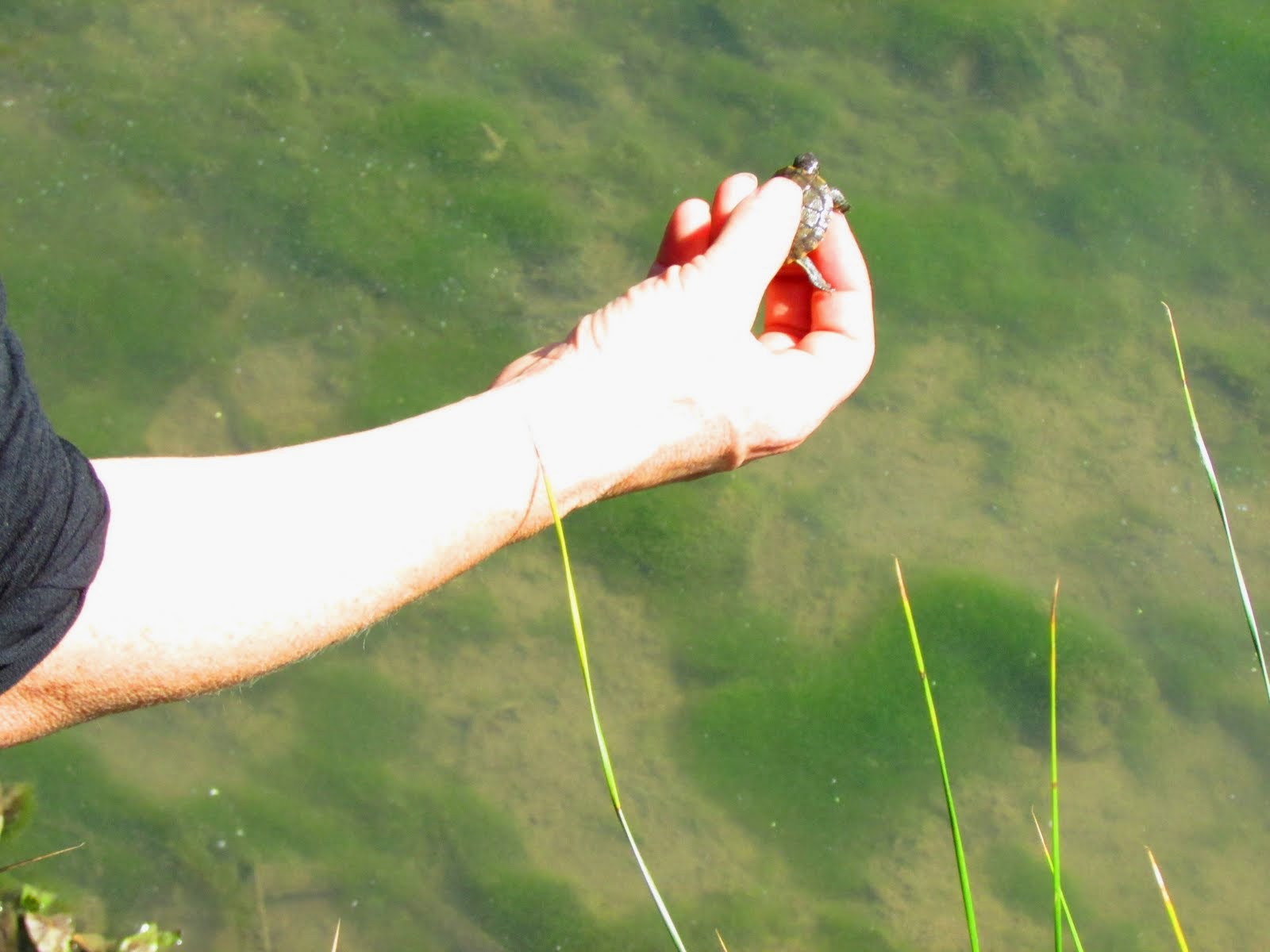 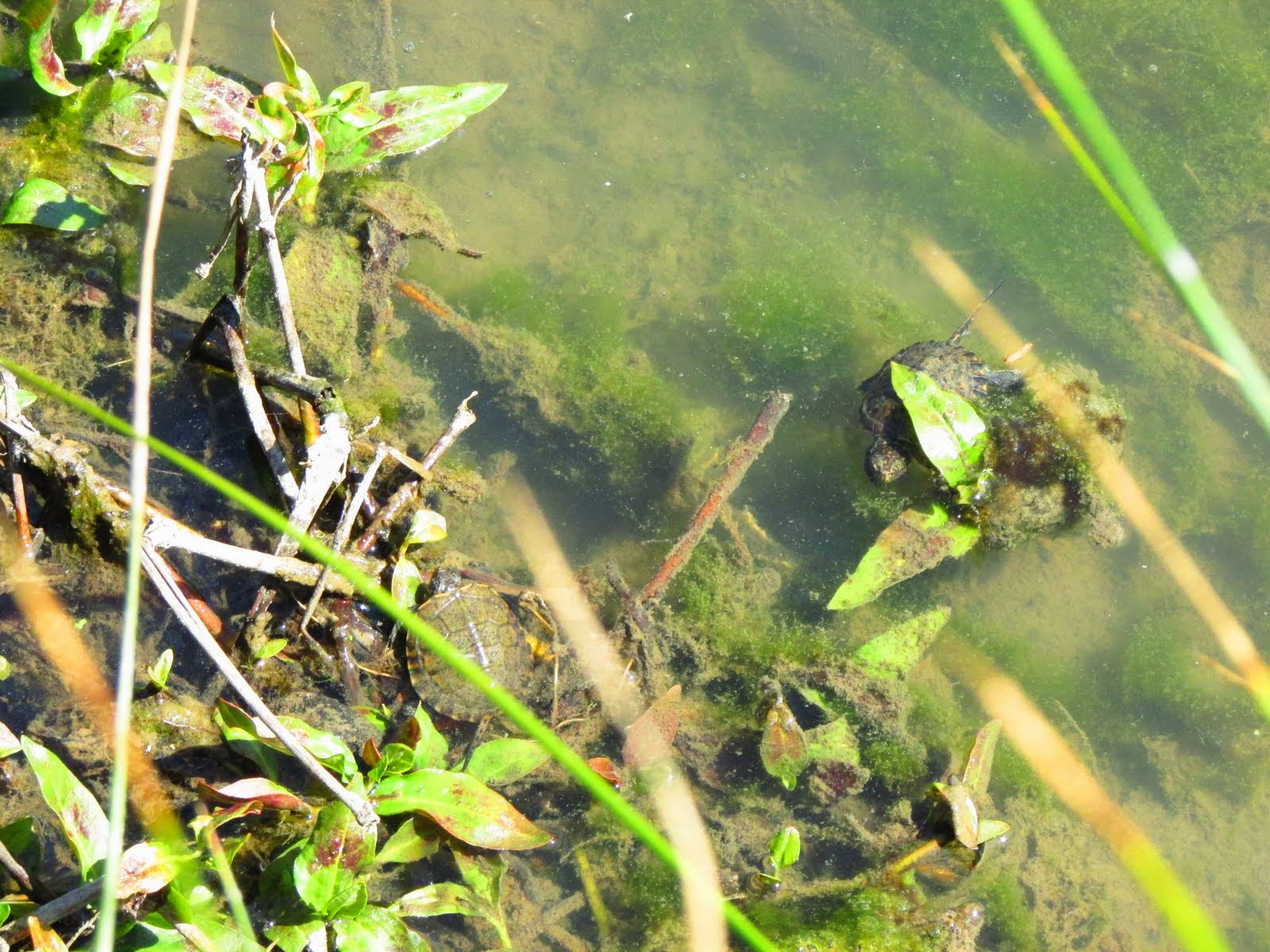 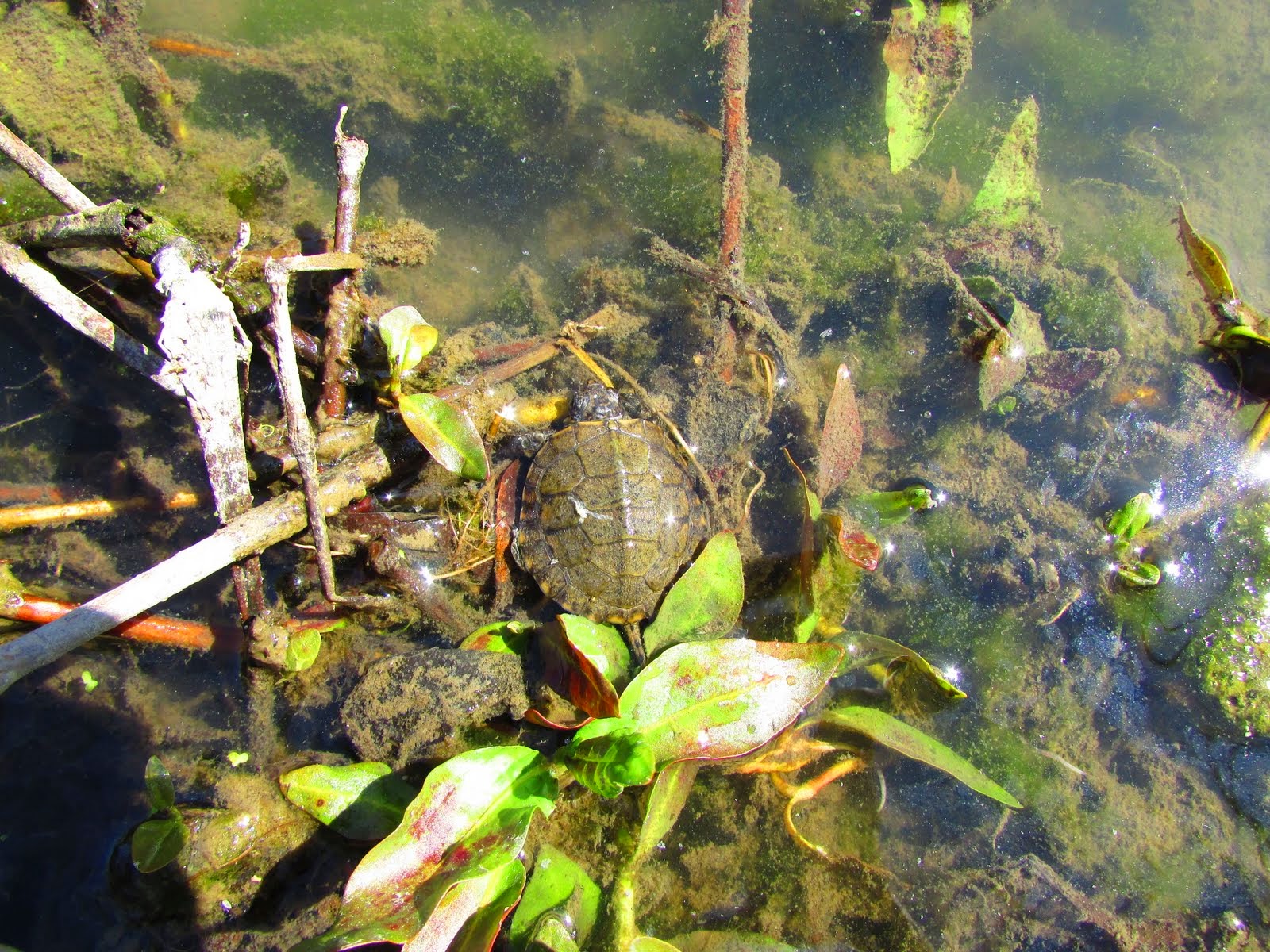 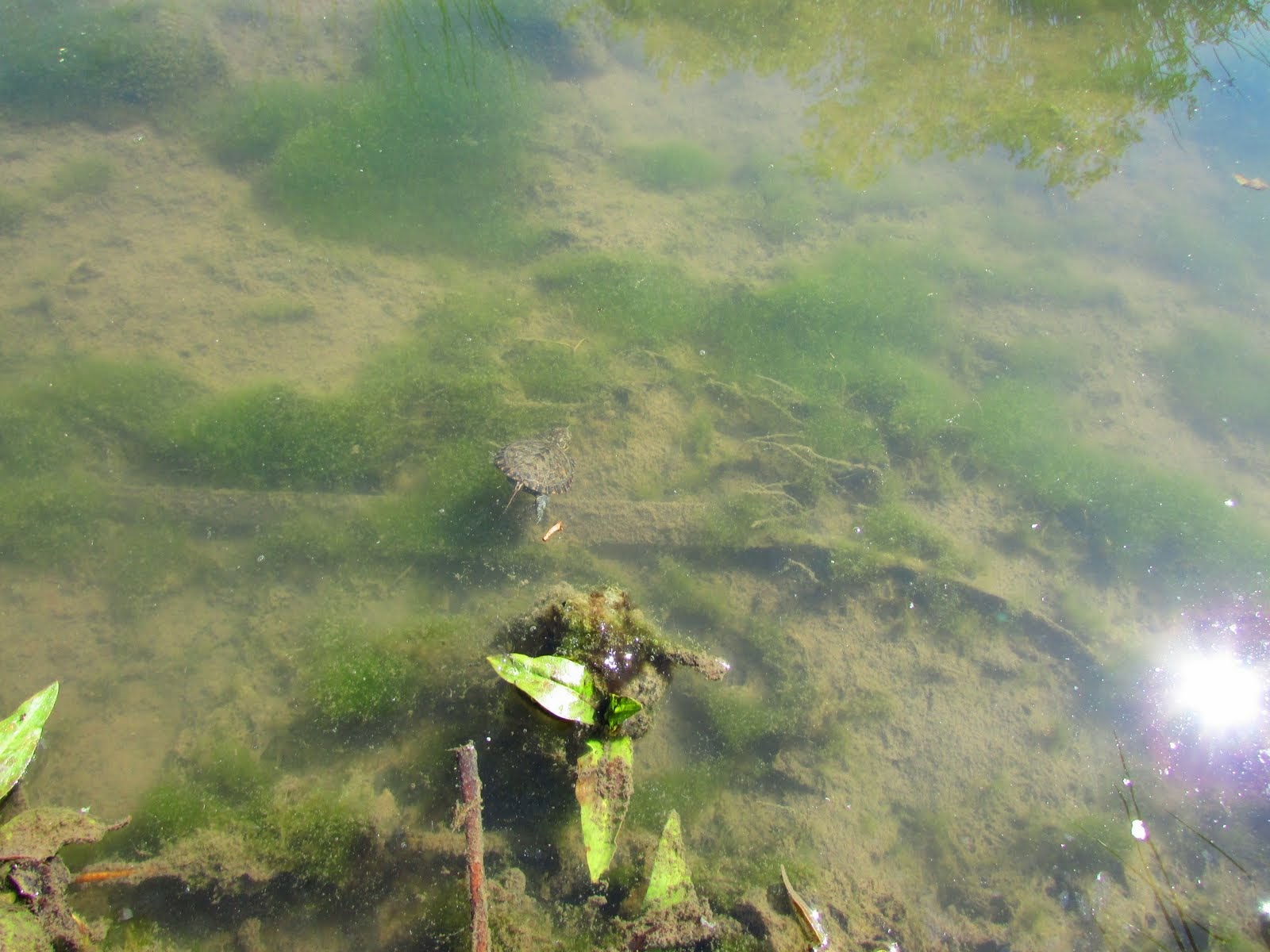 On the other hand, maybe they were.